Nepal is among the poorest nations in the world, even if they boast among the friendliest people. The average person earns about $1 per day. Life expectancy is 57 years compared to 75 for developed countries; malnutrition is responsible for many premature deaths and health problems. For tourists and trekkers, the most enduring image of a visit to this country may not be the pristine mountain scenery but shoeless porters carrying double their body weight on their backs, children in villages with huge goiters growing out of their necks, and mothers begging not for money but aspirin.

In the remote villages of Nepal, if someone has a serious infection, a burst appendix, or a major medical problem, and there is not enough time to walk three days to the nearest day-long bus trip into the capitol city: they die. 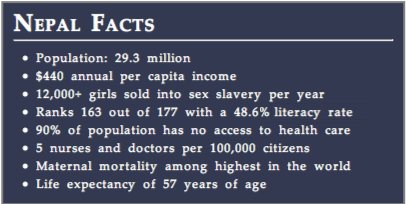 Nepal has one of the highest infant and maternal mortality rates in the world. It ranks among the worst in basic health care services with 90% of the population without access to adequate medical care. In addition to widespread malnutrition and infectious diseases, HIV is becoming an increasing problem. Sex slavers kidnap or buy young girls in rural areas in order to transport them back to brothels where men believe that having sex with virgins will cure them of AIDS and other sexually transmitted diseases. After several years of captivity, the girls are then sent back to their villages where they pass the infection on to others.

It is within this backdrop that the foundation was first established an American psychologist, and a Nepali gynecologist/obstetrician and health policy expert, in order to provide educational opportunities for girls who are at greatest risk. We are a grassroots organization, composed of primarily of volunteers who are committed to improving the plight of young women in a neglected region. 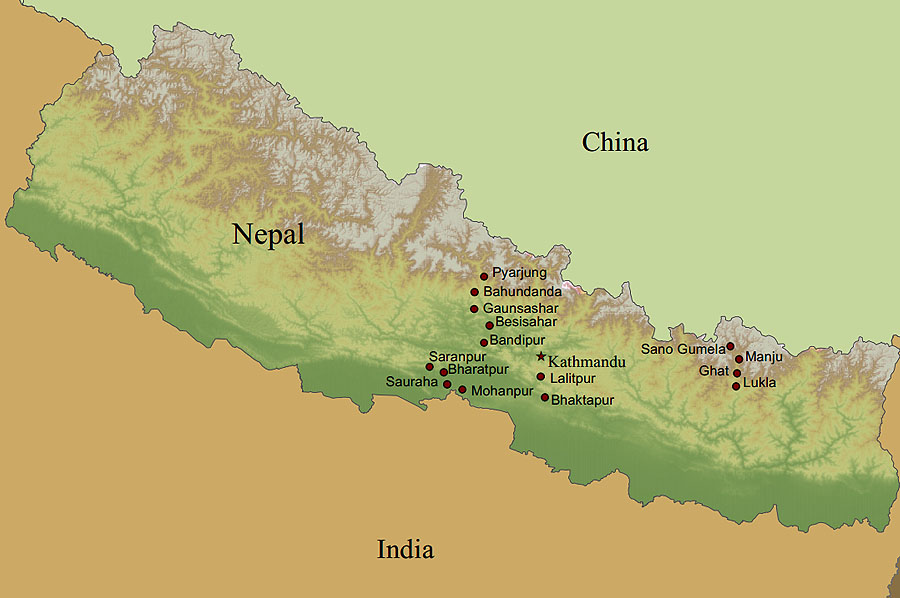 Empower Nepali Girls operates in locales throughout Nepal, especially in remote regions where children might be most neglected and vulnerable. This map shows some of the villages where we currently support girls, many of whom have been in our program for several years